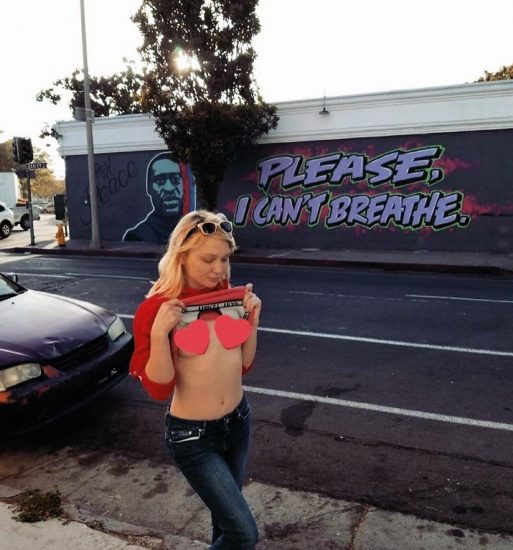 Why she became a hot subject in the past few days you may ask? Well, the truth is, as you can see in the photo above, she posed topless in front of a mural dedicated to the killed George Floyd. She posted the photo above on her Instagram profile on May 4: “Happy #GeorgeFloyd day in #santabarbara <3 #dakotaskye equality&fair treatment for all. Dope mural.”  When trolls attacked her, Skye then defended herself: “I’m celebrating BAD cops being checked with abusing their authority against human beings … hello. No human being should die getting arrested.”